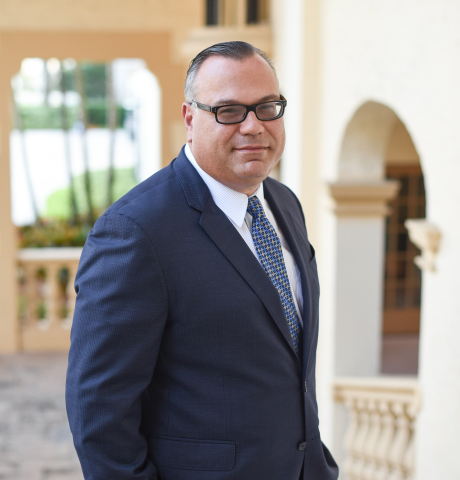 JAIME A. POZO is a native of South Florida and a resident of the City of Coral Gables. In 2010, he joined the firm of Martha Pozo-Diaz, P.A., which was established by his sister in 1991. Upon him joining the firm, it reorganized as Pozo-Diaz & Pozo, P.A. Mr. Pozo joined the firm to diversify its transactional practice and support the needs of its current clients with his extensive litigation experience. Mr. Pozo also continued his practice defending the interest of insurance companies, its insureds and various clients with high self-insured retention in the areas of premises liability, products liability, automobile/fleet/trucking liability, personal injury (defense), construction defects and construction related claims, pre-suit accident investigation, professional liability, ADA and accessibility claims, emergency medicine, workers compensation, including Employer “B” liability claims and co-employment related matters.
Since his admission to the Florida Bar, Mr. Pozo has been trained in handling all aspects of full file responsibility from pre-suit to trial. He has assisted his clients with developing and implementing accident investigation protocols and has conducted hundreds of investigations in both catastrophic and non-catastrophic cases throughout the State of Florida. He has assembled accident investigation teams in all major cities throughout the State and the Southeast United States that are available to respond at any time to any accident. In the past, he was a member of the Litigation Department at Kelley, Kronenberg and was asked by the Managing Partner to make the transition to form Wicker Law Firm, P.A. in 2003. While at Wicker Law Firm, Mr. Pozo managed the firm’s litigation practice throughout the State and developed the firm’s accident investigation team. Mr. Pozo lectures nationally in the areas of fraud, accident investigation, workers compensation, employer liability and litigation practice in Florida.
In 1997, Mr. Pozo obtained a Bachelors Degree in Business Administration from the University of Miami. Following his education at the University of Miami, Mr. Pozo attended St. Thomas University School of Law, where he obtained his Juris Doctor degree with Honors. Mr. Pozo also has served as a Law Clerk to the Honorable Linda Dakis and the Honorable Gisella Cardonne-Ely, in the Eleventh Judicial Circuit for Miami-Dade County, Florida. In 2003, Mr. Pozo was appointed to the Dade County Bar Association Judicial Outreach Committee and to the City of Coral Gables Cable Television Board by Commissioner William “Bill” Kerdyk. In 2005, Mr. Pozo completed his term on the Cable Television Board and was appointed to the prestigious Board of Adjustments by Commissioner Rafael “Ralph” Cabrera, where he completed his term in 2009. In 2011, Mr. Pozo was appointed to the City’s Insurance Advisory Board, wherein he served two terms. Mr. Pozo is fluent in Spanish, an important asset to the Firm due to the diverse population of South Florida. He is also a member of the Florida Defense Lawyers Association, the Claims and Litigation Management Alliance and the National Retail and Restaurant Defense Association. Mr. Pozo has also earned an AV® Peer Review Rating, which the highest Martindale Hubbell is rating available to an attorney. It is a significant rating accomplishment – a testament to the fact that Mr. Pozo’s peers ranked him at the highest level of professional excellence